So, OWB 11g R2 is out now, and has been for a few weeks - ever since the database version was released. But as a Windows version of the database hasn't been released yet we are also stuck with Linux version version of OWB. Or are we? If you think about it, OWB is an application written in Java. So why should there be any real difference between the Windows release and Linux? At least that was my thought.

So, I set out to give it a go: Can I run the Linux installed version of OWB11gR2 on Windows? And the answer is simple: It's easy as pie

First you need to download the stand-alone version linux version of the binaries. Follow the instruction and install the software on a linux box. I used an Oracle REL VM for this purpose. Once the installer has completed we need to copy the whole OWB home over to our Windows box (I used Windows XP VM). Once we get the 1GB directory copied over there are a few minor steps we must take: 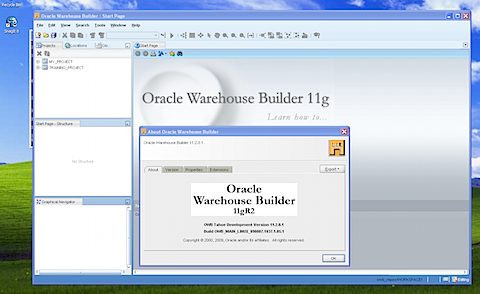 Since you need to connect to an OWB11gR2 repository, I simply followed the documents to run against an 11gR1 database on my VM. To put it simple you need to upgrade the pre-sseded OWBSYS schema that comes with all 11g Oracle instances to the R2 version. After that you are good to go ...

UPDATE: To sum up the extra steps I have put in the comments here:

In any EPM deployment, rarely do all the components get installed on a single machine. In majority of the…