One of the important points to consider when moving from BI EE 10g to 11g is in understanding the BI Server behavior changes. Though there are quite a lot of changes in the underlying code for performance improvement etc, introduction of new features in 11g can potentially alter your generated queries in 11g. In this blog entry i will basically cover 2 main important changes that have been introduced in 11g. There are more actually, but that is something we will try to cover in our training days event.

1. Level Based Measures at Detail Level:

One significant change in 11g is the handling of level based measures at the detail level. For example, lets consider a measure AMOUNT_SOLD that is assigned to the detail day level of the date dimension.

In 10g, whenever we bring this column for reporting, we would basically see something as shown below i.e. the level will always be enforced. 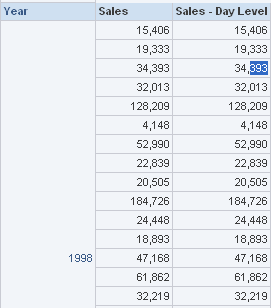 In the case of 11g, there are 2 types of behavior

a. If the report contains normal attribute columns and when the query is at a grain higher than the measure grain (say the report is at the Year level), then normal aggregation will be applied and the level will not be enforced like in 10g. An example screenshot is given below

b. If the report contains hierarchical columns, then if the query is at higher grain than the measure, the measure values will become null. The values will appear at that grain or below. An example screenshot is given below 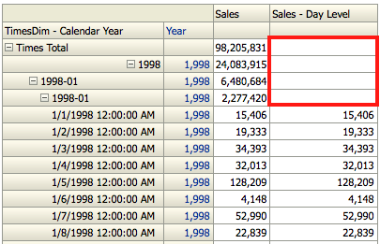 In 11g, there is a new concept called Priority Groups. In 10g, the LTS that determines the final query is dependent on the ordering of the LTS in the dimension logical table(in most cases - but there are cases where we cannot be always be sure to guarantee this behavior). But in 11g, this is determined by the priority order set in each and every LTS.

For example, lets consider a case where there are 2 aliases for the same dimension CHANNELS as shown below 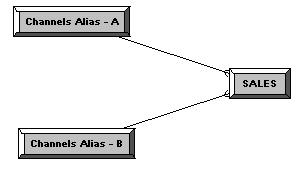 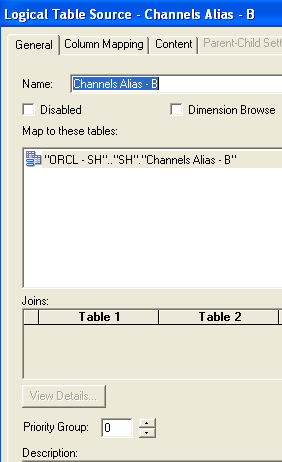 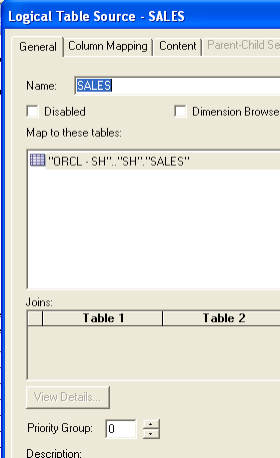 If you look at the query of the report, you will notice that Channels Alias - B will be chosen as it is the one having the highest priority. 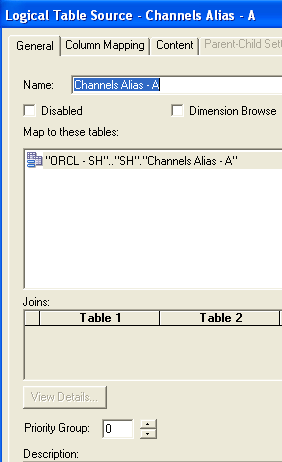 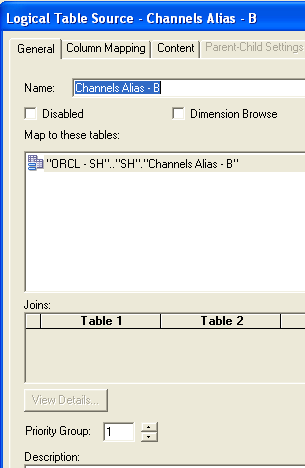 For the same report, if you look at the query now, you will notice that Channels Alias - A will be chosen instead of the B alias.

As Mark had pointed out earlier here, one of the significant changes in the BI EE 11g release is…