One of the biggest new features in BI EE 11g is the ability to create native mapviewer maps and then overlay reporting components/visualizations on top of maps. For example if you are doing a country based sales analysis, its easy to color code each country across the world right within the maps. It is also possible to overlay pie charts, bar charts in the maps thereby providing an extensive visual analysis capability. In 10g, one had to go through some complex java scripting to achieve BI EE and mapviewer integration. I have blogged about it here and here. 11g makes this entire integration a lot easier.

Lets try to understand the integration through a simple example. Shown below is a report of Sales performance of 3 US states across 4 years. 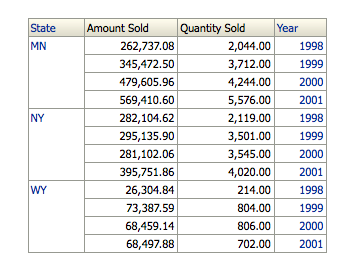 We would like to depict this using a map as shown below. 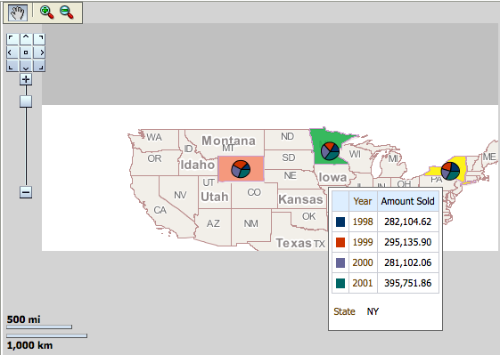 As you see we have 2 visualizations applied on the same map. The first one is a different color coding for each of the 3 states depending on the sales performance. The other is a pivot representation of yearly performance for each state, all within a single map.

To do this we start with enabling the Mapviewer integration by updating the instanceconfig.xml to include the following tags (in each presentation server)

Then we need to restart the presentation service. This enables the connectivity between BI EE and Mapviewer. After enabling the integration, we then import the standard spatial MVDemo schema into the Oracle Database. This schema contains Layers, Themes and some Base maps for all the major US States, Cities & some inter-state highways. After importing and installing the MVDemo schema, we need to download the Mapbuilder application which will enable us to create a custom map. We will be using this map for rendering in BI EE. The Mapbuilder application can be downloaded from here.

After downloading the Mapbuilder app, we start the application and login to the MVDemo schema. By default this schema contains a lot of built-in themes, Base Maps and Tile Layers. 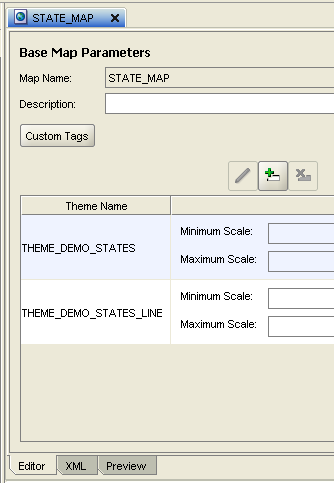 Once the base map is created, lets create a new tile layer called STATE_TILE_MAP which will use this base map for rendering. We can define all the zoom levels, boundaries etc within the tile layer 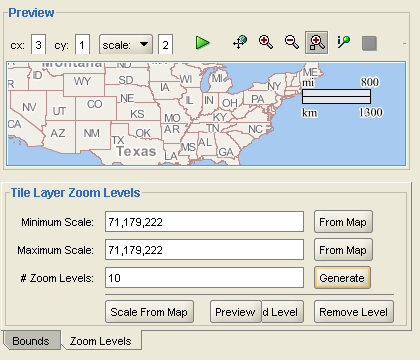 Now we have a map that can show all the US states and its boundaries. We need to now expose this map to the mapviewer application (as an admin user through Mapviewer admin screen) by taking it online as shown below

Now the map is available for consumption through BI EE. Remember, the theme that we used above, THEME_DEMO_STATES has an identifier called STATE_ABBR which is basically the key that we need to pass from BI EE. Relationship between BI EE repository columns/subject areas and Mapviewer maps are done from the Manage Map Data screen in the presentation services admin console. 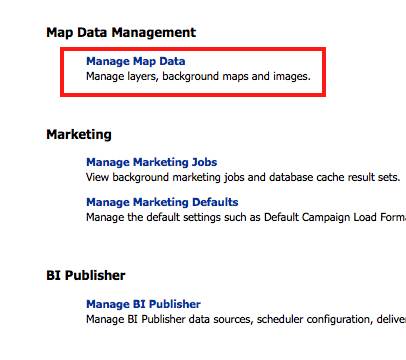 In this screen, we need to import the layers, maps and the images that we want to include as shown below

Then navigate to the STATE_TILE_MAP in the background maps and add the THEME_DEMO_STATES again. 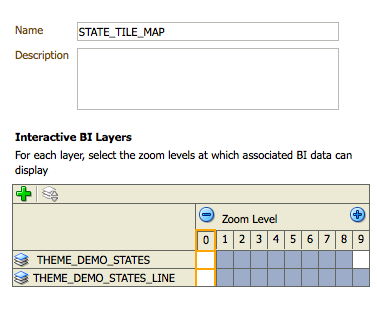 This establishes a relationship between the Subject Area and the Map thereby enabling us to add the mapview from answers. After doing this, lets create the report from the SH schema containing just the 3 states for 4 years. 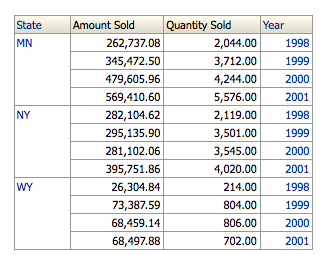 Use the new Map View option to create the map. 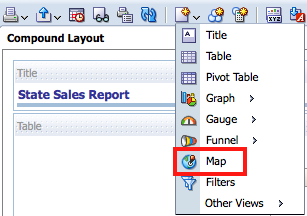 This will render the map that we created in mapviewer. If you notice carefully, it will automatically apply some color coding to the 3 states that are part of the report. 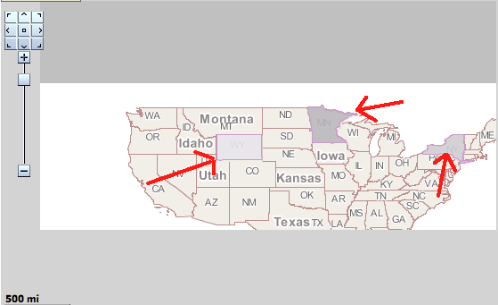 The color coding is actually part of default visualization that Map Views apply on a map. Lets change this to something as shown below 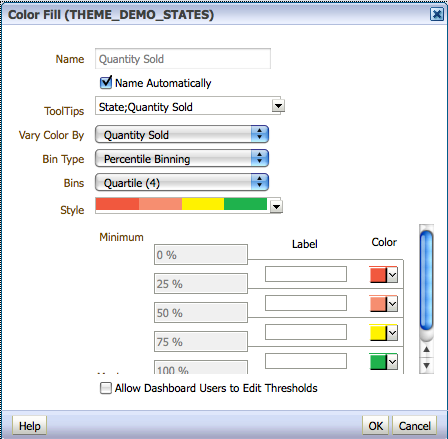 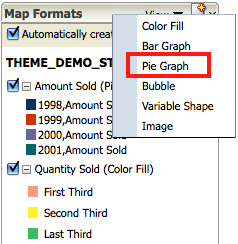 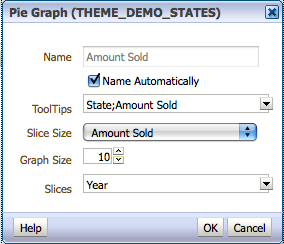 This will give us the necessary visualization using Mapviewer.

Though there are a lot of steps involved, majority of the steps are for setting up the mapviewer. Once we have the maps set up the entire process of adding visualization to maps is quite straight forward.

One important new feature of BI EE 11g is the ability to report on CLOBs and other large objects.…

I'm pleased to announce that, in line with the London and Atlanta Oracle BI 11g Training Days events, our…