I've just finished my first session of Oracle Openworld 2011, on OBIEE 11g Architecture and Internals for IOUG's BIWA SIG. Thanks to everyone who came along, and I hope it was a useful session.

The slides for this session are available here : OBIEE 11g Architecture & Internals

Product internals are always an interesting area for me, and you've got a lot to go on in OBIEE 11g as there's just so much middleware, servers, metadata and other elements to go on. One of the most useful parts I think of the whole session is going through the high-level logical architecture of the product.

In OBIEE 11.1.1.5, the "regular" installation method is called the Enterprise Install, and gives you a logical architecture that looks like the diagram below: 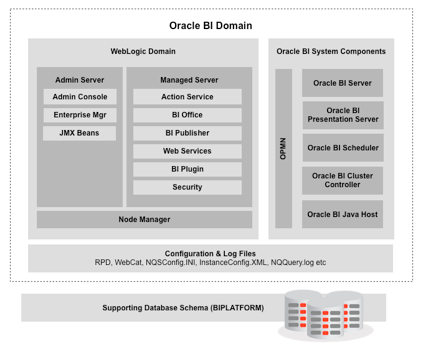 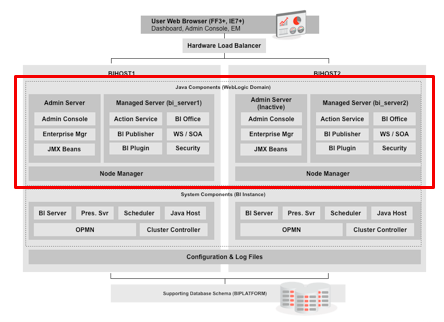 The 11.1.1.5 release of OBIEE also introduced a new install type, the "Simple Install", which did away with the managed server, along with the Node Manager server, reducing the memory footprint of the installation but at the cost of future expandability. 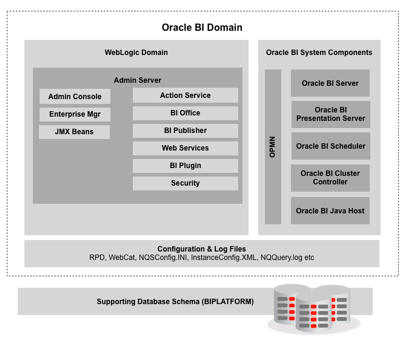 What we know of as the BI Server, BI Presentation Server and other "traditional" OBIEE server components are referred to collectively as System Components, and are installed, alongside the Java components, on each host. Within each host, each set of system components are collectively known as an Instance, with each instance being managed by its own installation of OPMN, or Oracle Process Manager and Notification Server. OPMN controls and monitors the various system components within it's instance. When you scale-out an OBIEE system over several hosts, you can end-up with several instances, once for each host. 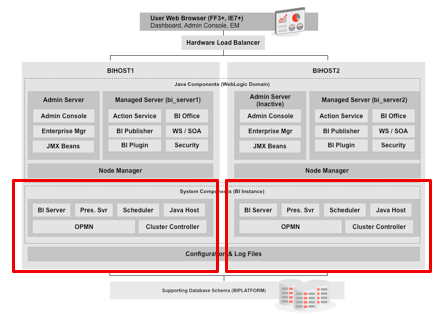 Collectively, these instances together are known as a Farm, and the farm is what Enterprise Manager manages when you log in and make configuration changes.