As I am new to the Rittman Mead blog, I would first like to say hello. I am Farnaz and I have been working with Oracle Endeca Information Discovery (OEID) having joined Rittman Mead last year. As part of my experience with OEID I have just completed an Endeca project, focussing on complaints, with a large financial services organisation in UK.

Oracle Endeca Information Discovery v2.4 was released on 1st February this year and not publicly announced by Oracle due to the fact that a newer version is coming soon. I have now had a chance to install this version and play around with it. Here are my very initial observations of the release:

In the same way as older versions of OEID, this software is downloadable via Oracle e-Delivery website which is the Oracle Software Delivery Cloud where you can find downloads for all licensed Oracle products.

The first thing I noticed when downloading the new version was the change in the way different parts of OEID parts have been distributed in different packages and their titles, for example: 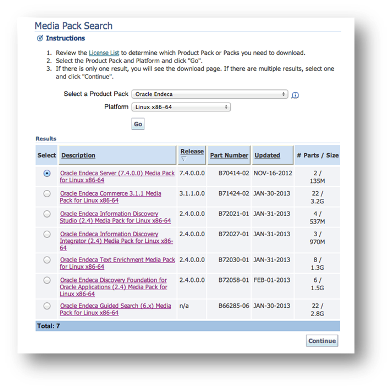 For more information about different parts of software, please refer to the previous series of Rittman Mead blogs. 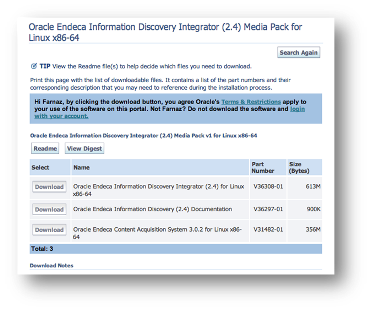 The Text Enrichment component installation files are not part of the Integrator package.

Also, I personally was expecting to see the Tomcat server files required for installing the Integrator Server in this package, as a part of installations users should download it separately from the Tomcat website.

The most impressive change in the new version I can see is the new Oracle Endeca Text Enrichment functionality to support Portuguese, German, Spanish, and French languages. Since the most powerful and the unique future of Oracle Endeca Information Discovery is to provide text analysis next to traditional reports.

There is another positive move forward in text enrichment capabilities around optimisation for social media data. At Rittman Mead where various demos on reading and analysing Social Media feeds with Endeca have been built, we know how important it is nowadays for organisations to analysis their unstructured data coming from different social media feeds such as Twitter, Facebook, LinkedIn and etc. OEID has proved to be one of the best tools to do this job so far and it seems that it is getting even better.

This installation file adds a Twitter data directory and is aimed at providing custom handling of short-form content. Some tasks for extracting value from social data can be done with other feed providers like DataSift or even each media’s own API.

Finishing the installation and starting to work with the new Integrator, The first change I noticed was in Clover ETL project structure where additional new directories have been added such as Job-Flow and Profile:

Also there are a number of new components in Clover ETL palette:

Those who have created pages and reports in v2.3 Oracle Endeca Studio probably have seen bugs placing components in pages and page layouts or components losing their preferences after a change in control panel. In the new version most of the changes in Studio have been around solving such issues within dashboards. For more information you can find a list of solved bugs in Studio v2.4 ReadMe text file.

Full product documentation is not part of e-delivery packages. However it is accessible on this link (http://www.oracle.com/technetwork/middleware/endeca/documentation/index.html).

Look out for my next post covering the OBI Server connection functionality.

Introduction to Hadoop HDFS (and writing to it with node.js)

Performance and OBIEE - Summary and FAQ

This article is the final one in a series about OBIEE and performance. You can find the previous posts…