It's the Saturday afternoon before the start of Oracle Openworld 2013, and whilst I've been here since last Wednesday, my colleagues from Rittman Mead in the Europe, the USA and India are arriving today and tomorrow ready for their sessions later in the week. Myself and Stewart Bryson are taking part in User Group Sunday tomorrow, presenting on BI Apps 11.1.1.7.1 for ODTUG and IOUG, whilst Jon Mead, Jérôme Françoisse, Venkat and James Knight are presenting later in the week on TimesTen, ODI 12c and Oracle EPM Suite. Full details on where to find us can be found on our Rittman Mead at Oracle Openworld 2013 website page.

As I mentioned earlier, I've been in San Francisco since Wednesday, at Oracle's headquarters in Redwood Shores for the annual Oracle ACE Director product briefing. Over two days, Oracle brief members of the ACE Director program on the major announcements to be made at Openworld, plus what's happened in product development over the past twelve months, all under NDA until the various announcements are made during the week. 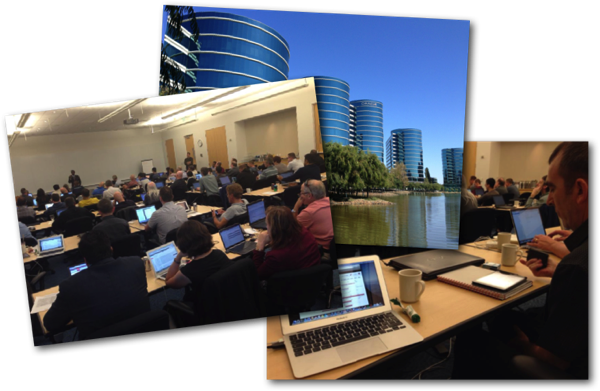 As most of us on the ACE Director program know each other from conferences and events around the world, it's a good opportunity to catch-up with other Oracle "experts" and share ideas and product experiences, and this year we were lucky to get some excellent late-summer weather - which has now finished in time for Openworld proper, with rain today in SF just in time for the America's Cup races….

As I said, the various announcements due for Openworld are under NDA until at least Larry's keynote on Sunday - but one planned announcement that's fairly common knowledge (if only because of the posters down at the Moscone) is the one around the new in-memory option for the Oracle Database. 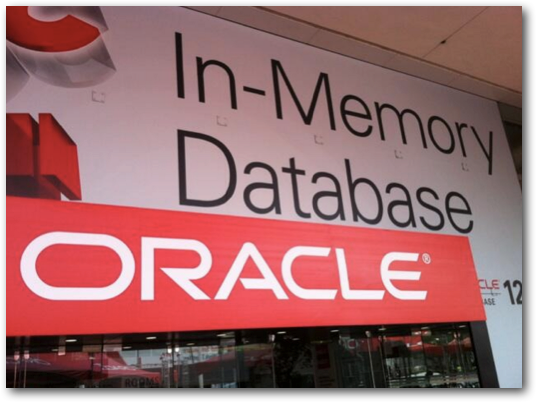 The main details of this new feature will be announced by Larry Ellison tomorrow evening, and check back here after the keynote for more details - also keep an eye out for announcements around TimesTen, Exalytics and Oracle's other "in-memory" products later in the week, which we'll again be covering as they're made.

Other than that - hopefully we'll see some of you in San Francisco this week, and be sure to check back on the blog during the week as we cover what's new, and what's coming, as announced at Oracle Openworld 2013.