One of the new features that made its way into Oracle BI Apps 11.1.1.8.1, and that completely passed me by at the time, was integration with Oracle Endeca Information Discovery 3.1 via a new ODI11g plug-in. As this new integration brings the Endeca “faceted search” and semi-structured data analysis capabilities to the BI Apps this is actually a pretty big deal, so let’s take a quick look now at what this integration brings and how it works under-the-covers.

Oracle BI Apps 11.1.1.8.1 integration with Oracle Endeca Information Discovery 3.1 requires OEID to be installed either on the same host as BI Apps or on its own server, and uses a custom ODI11g KM called “IKM SQL to Endeca Server 3.1.0” that needs to be separately downloaded from Oracle’s Edelivery site. The KM download also comes with an ODI Technology XML import file that adds Endeca Server as a technology type in the ODI Topology Navigator, and its here that the connection to the OEID 3.1 server is set up for subsequent data loads from BI Apps 11g.

As the IKM has “SQL” as the loading technology specified this means any source that can be extracted from using standard JDBC drivers can be used to load the Endeca Server, and the KM itself has options for creating the schema to go with the data upload, creating the Endeca Server record spec, specifying the collection name and so on. BI Apps 11.1.1.8.1 ships with a number of interfaces (mappings) and ODI load plans to populate Endeca Server domains for specific BI Apps fact groups, with each interface taking all of the relevant repository fact measures and dimension attributes and loading them into one big Endeca Server denormalized schema. 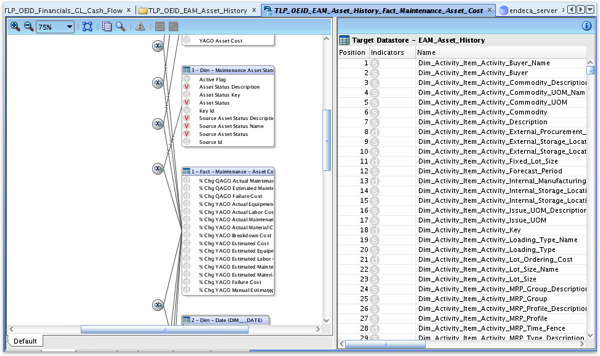 When you take a look at the physical (flow) tab for the interface, you can see that the data is actually extracted via the BI Apps RPD and the BI Server, then staged in the BI Apps DW database before being loaded into the Endeca Server domain. Column metadata in the BI Server repository is then used to define the datatypes, names, sizes and other details of the Endeca Server domain schema, an improvement over just pointing Endeca Information Discovery Integrator at the BI Apps database schema. 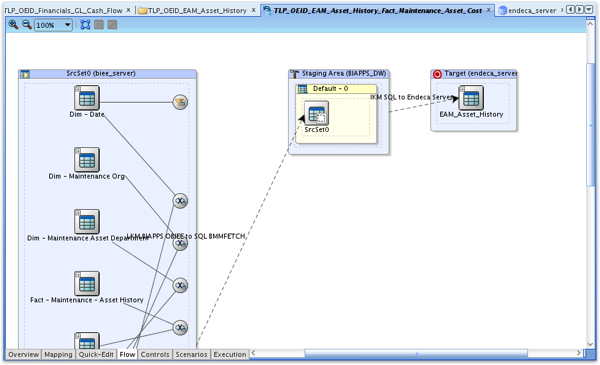 The 11.1.1.8.1 ODI repository also provides a pre-built Endeca Server load plan that allows you to turn-on and turn-off loads for particular fact groups, and sets up the data domain name and other variables needed for the Endeca Server data load. 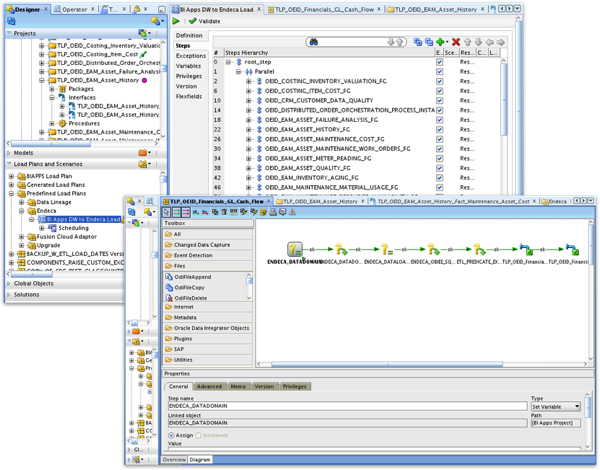 Once you’ve loaded the BI Apps data into one or more Endeca Server data domains, there are a number of pre-build sample Endeca Studio applications you can use to get a feel for the capabilities of the Endeca Information Discovery Studio interface. For example, the Student Information Analytics Admissions and Recruiting sample application lets you filter on any attribute from the dataset on the left-hand side, and then returns instantaneously the filtered dataset displayed in the form of a number of graphs, word clouds and other visualizations. 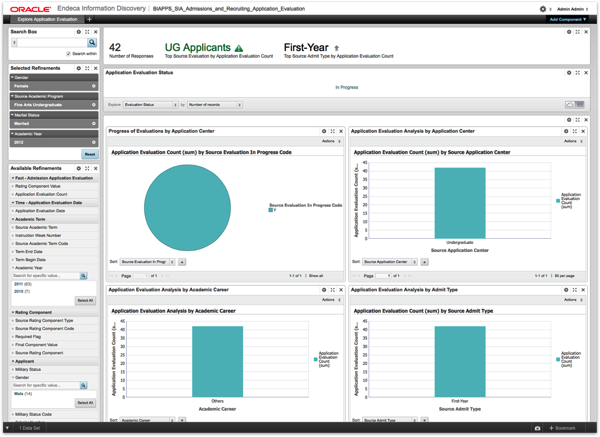 Another interesting sample application is around employee expense analysis. Using features such as word clouds, its relatively easy to see which expense categories are being used the most, and you can use Endeca Server’s search and text parsing capabilities to extract keywords and other useful bits of information out of free-text areas, for example supporting text for expense claims. 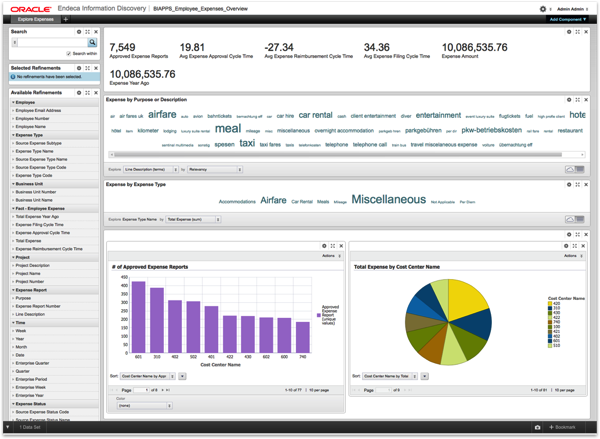 Typically, you’d use Endeca Information Discovery as a “dig around the data, let’s look for something interesting” tool, with all of your data attributes listed in one place and automatic filtering and focusing on the filtered dataset using the Endeca Server in-memory search and aggregation engine. The sample applications that ship with 11.1.1.8.1 are just meant as a starting point though (and unlike the regular BI Apps dashboards and reports, aren’t themselves supported as an official part of the product), but as you can see from the Manufacturing Endeca Studio application below, there’s plenty of scope to create returns, production and warranty-type applications that let you get into the detail of the attribute and textual information held in the BI Apps data warehouse. 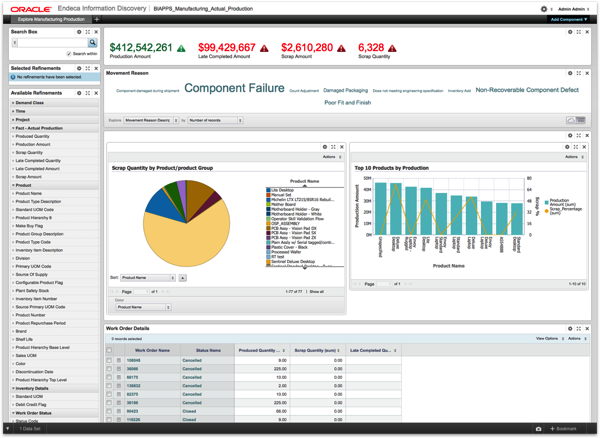 More details on the setup process are in the online docs, and if you’re new to Endeca Information Discovery take a look at our past articles on the blog on this product.