Endeca Information Discovery Studio and Integrator are now formally separate products in terms of packaging, both can still run on Tomcat but both can now also run on WebLogic, though the installation process is quite tricky and you'll need to be aware of Java minimum versions, libraries that also need to go into WebLogic and so forth. In fact installation is quite a lot harder than with version 2.4, as the Quick Installation option has now gone and every product needs to be separately installed, deployed to the application server and so forth. You'll need quite a bit more familiarity with WebLogic or Tomcat compared to 2.4 to get this all up and running, but it's do-able and took me about an hour to get going.

Integrator, visually, looks just the same as before, but there are a number of enhancements and new features, and under-the-cover changes to reflect the move to WebLogic for the Endeca Server. The Quickstart project is now renamed "Getting Started", is again slightly more involved to install, but once running has the same content, albeit with the new Studio 3.0 look-and-feel. Studio itself can now run in WebLogic (though it's not mandatory), like Endeca Server can now be clustered, and has an interesting new feature associated with it called the Provisioning Service that allows end-users to upload files (in this initial release, just Excel files) and automatically create an Endeca Server data domain so that it can then be analysed in Studio. 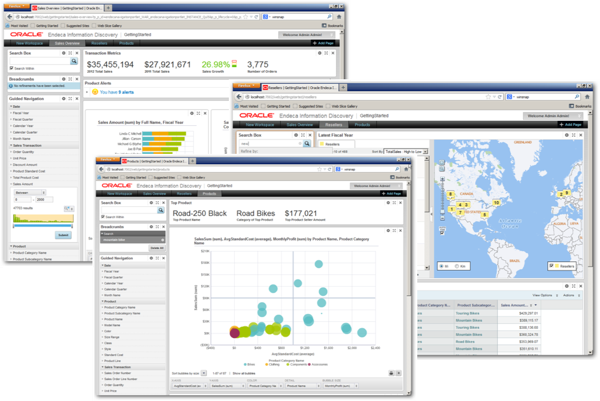 Studio itself has a new look and feel, and there are a bunch of incremental improvements to the data visualisation and analysis component, though nothing game changing. These include:

So to go back to the original question, around whether Endeca Information Discovery 3.0 now provides a more OBIEE-like environment for end-user reporting, particularly "power users" - well no, there's nothing significantly different in this release, the pivot table, results table, chart and other components are much the same, but at least there's a bit more consistency now around selecting and configuring their data sources (via "views", the nearest Endeca has to the concept of subject areas and dimension/attribute/measure metadata). 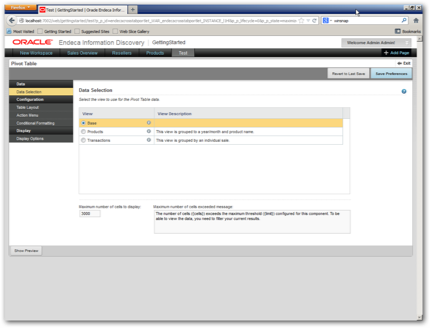 Views and their administration tasks have now been moved to a new part of Studio, with this functionality removed from the Control Panel and moved to a new Application Settings area, which also configures the application itself, and the maintenance of attribute groups. 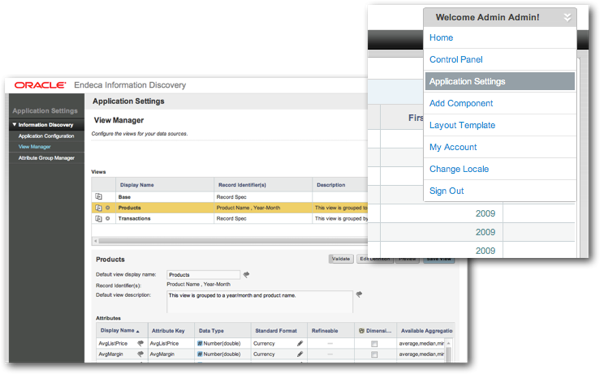 Of course - OLAP-style complex ad-hoc analysis isn't really the main use case for Endeca Information Discovery, which is really aimed first and foremost at data discovery and access to unstructured data, with graphing and analysis to my mind a "bonus". That said, the ad-hoc analysis capabilities at least with this initial 3.x release haven't changed all that much compared to the 2.x releases, with the improvements and new features being mostly focused around infrastructure, security and manageability, but with some incremental improvements to the end-user and developer experience.