The long-awaited and anticipated 11.1.1.7.1 (PS1) release of the Oracle BI Applications became available early last week, with the software and documentation available for download on OTN. Over the next few blog posts, I'll be taking an in-depth look at this new release, starting today with an overview of what's new and any limitations in his initial version, and then over the next few posts taking a look at the product architecture, how it uses Oracle Data Integrator instead of Informatica to do the data loads, and what new content the 11g dashboards contain. For a bit of background into this release you're best off taking a look at a series of posts I put together towards the end of last year on the BI Apps product roadmap, and I'll recap on those posts a bit in this one as I go through at a high level what's in this release.

Although the focus in BI Apps 11.1.1.7.1 is on ODI as the ETL tool, this new release actually delivers a whole new product architecture along with new dashboards, new content, and a new security framework. In addition, there's now an option to use Oracle GoldenGate to create a new layer in the BI Apps data warehouse data architecture that replicates source data into the warehouse environment, giving you the ability to run the more large-scale ETL processes when you like, rather than when there's an ETL window for the source systems.

Let's start off though with a summary of what's new from a functional perspective, and also what limitations there are for this first release in terms of sources, scope and so forth. BI Apps 11.1.1.7.1 delivers the following set of new features and capabilities:

Now although, in general terms, BI Apps 11.1.1.7.1 covers all (or most…) of the existing analytic application modules along with all of the 7.9.x-era sources (EBS, PeopleSoft, JDE and Siebel), there are some important restrictions that you'll need to be aware of when making any plans to use this new release, starting with upgrade paths (or lack of them): 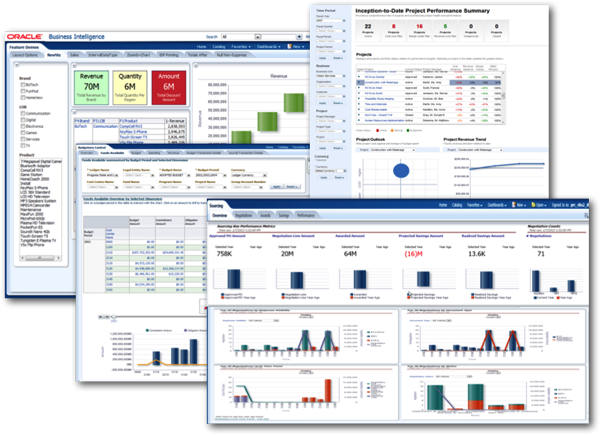 From a technical perspective though the major difference in this release, compared to the 7.9.6.x versions that preceded it, is the use of Oracle Data Integrator 11g as the embedded ETL tool rather than Informatica. To be clear, Informatica will still be supported as an ETL option for the BI Apps going well into the foreseeable future, but Informatica users will need to wait for the PS2 release due in the next twelve months or so before they can upgrade to the new 11g platform.

In addition and perhaps more importantly, it's not envisaged that Informatica customer will move over to ODI unless they use the upgrade as an opportunity to re-implement their system now on ODI, moving across customisations themselves and essentially starting with a clean sheet of paper (which may not be a bad thing, if you're thinking of tidying up your system following years of upgrades, customisations and so forth). What this does mean though is no DAC, no Informatica server and client tools, a new (and hopefully simpler) way of setting up and configuring your system, and in-theory a more closely-integrated set of tools all based around the modern, standards-based Fusion Middleware 11g architecture. 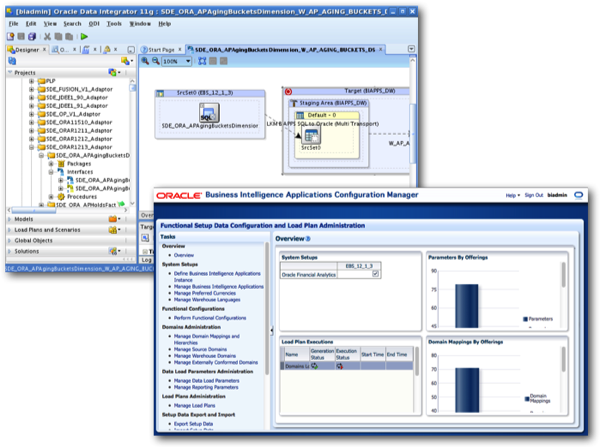 In this new world of ODI and the BI Apps, ODI load plans replace Informatica Workflows, whilst ODI packages and interfaces equate to Informatica mappings and maplets. The DAC is no more and is replaced by metadata within the ODI repository and other supporting schemas, with setup and configuration of the warehouse and ETL processes now carried out by two web-based tools, BI Applications Configuration Manager and Functional Setup Manager. The closer integration between these tool along with a chance for Oracle to re-think the BI Apps setup process should lead to easier configuration and customisations, but if you're an Informatica developer it's a whole new world, and the 11g platform makes a lot more use of Fusion Middleware platform functionality particularly around security and user provisioning.

So - all very exciting but quite daunting in terms of what needs to be learnt, and new processes that need to be thought through and put together before you can start making use of the new 11.1.1.7.1 feature set. We'll start tomorrow then by taking a closer look at the BI Apps 11.1.1.7.1 technical architecture including the new configuration tools, and where ODI sits in the new product architecture, based on our first impressions of the product.