Just a quick posting as I'm about to get my flight back to the UK (via San Francisco, unfortunately, so it'll be a long journey). Yesterday I went to talks on SOA and RAC, and went along to Cary Millsap's talk on why you often end up tuning the wrong thing when trying to optimize applications (tune the element that contributes most to response time, that sort of thing). Later on in the evening was the Collaborate'07 beach party, which I didn't go along to for long as I had to get back to work on the Real-Time Decisions example, and because it was uncharacteristically cold and windy. Here's a couple of photos: 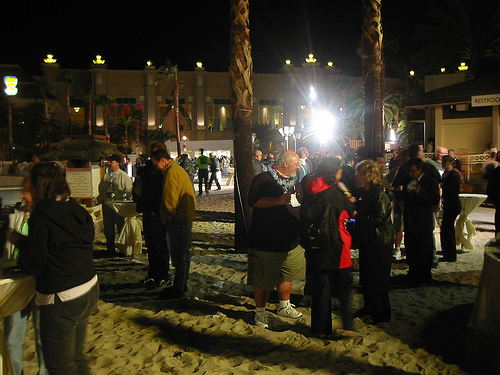 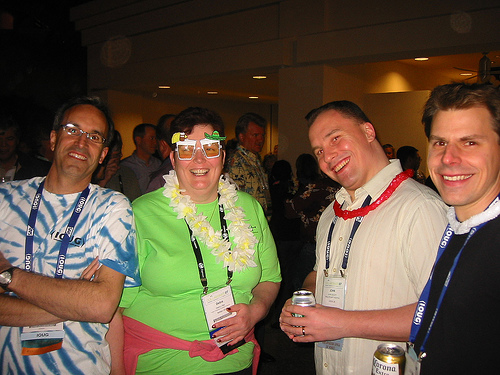 Today I'm flying out around 1pm so I only had a chance to go to George Lumpkin's talk on BI & Data Warehousing in 11g. Details are still fairly general at this stage, with the same coverage of partitining improvements, results cache and the like, but there were some new details on OWB and OLAP that are worth noting (with usual disclaimer about this being plans, not promises)

There's more to come on OLAP in 11g later in the year, I get the impression that the various product teams are still working through what's going to be in this release and what'll come along later. Once things are made official, I'll post some blog articles on how the new features are going work out. For now though, I'm off to the airport to catch my flight to SF.

Back to the UK, Then off to Dusseldorf

I'm back in the UK now after a rather eventful flight back from the States; our flight from Las…

I've been telling everyone who I got talking to this week at Collaborate, that the future of BI is…