Last week I attended the Oracle Analytics Summit at Skywalker Ranch. The event was live-streamed on Facebook and widely Tweeted, so a fair number of people may be up to speed with the announcements, I’ll summarise what I thought the key points were.

The purpose of the event, I think, was to relaunch/re-energise Oracle’s analytics products and services, make some specific announcements, and to try and better engage customers and analysts.

I think a lot of this stems from T. K. Anand taking over last summer and the changes in the team and direction he is looking to make. He was the first speaker at talked of openness and simplicity.

First, he announced a rationalisation of the product line with three offerings: 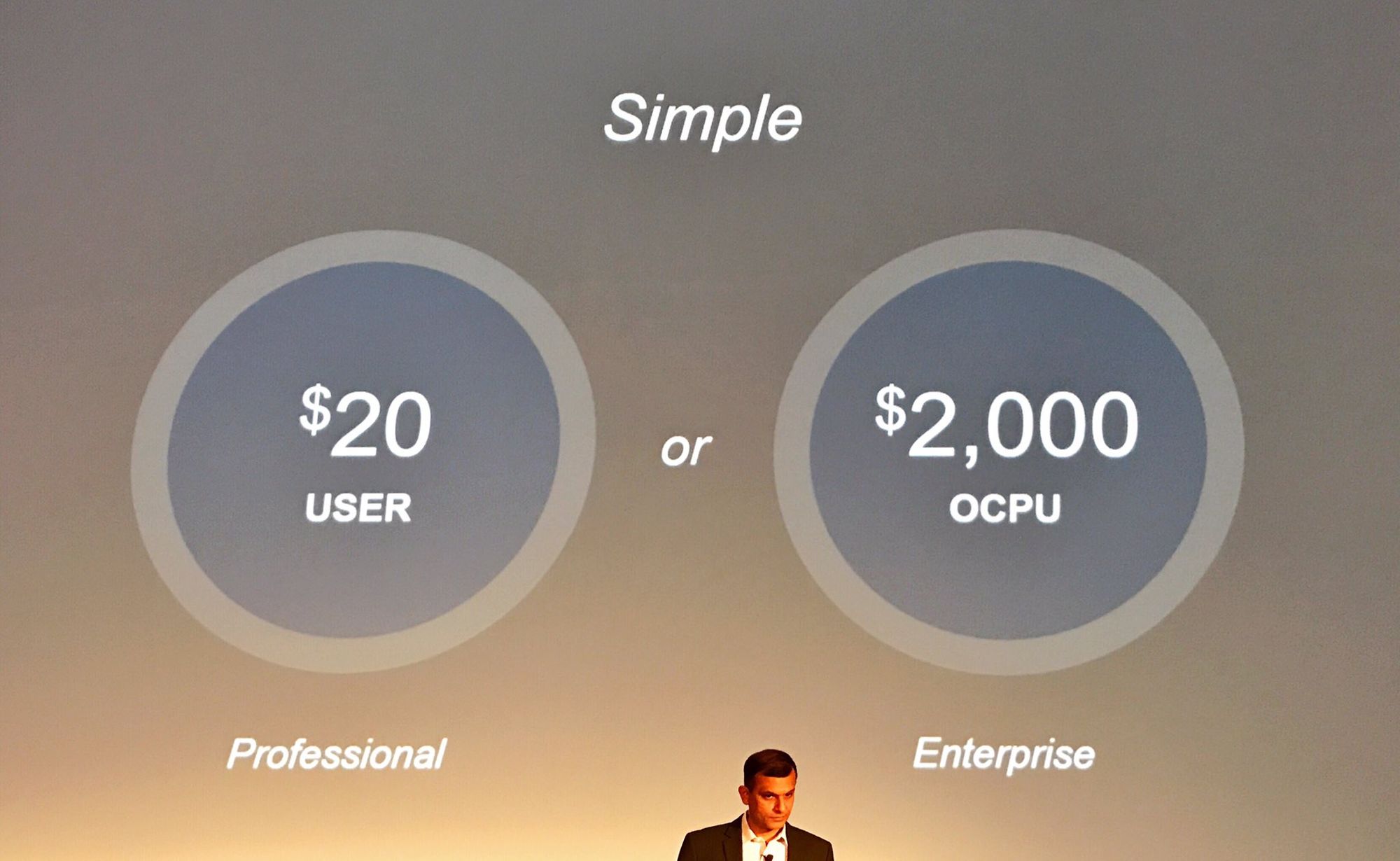 This also streamlined the different versions of OAC. Professional is essentially DV (Data Visualisation), and Enterprise is OBIEE and DV. I am not sure what this means for the existing Data Lake edition, however, I believe Essbase is being moved to a separate PaaS service.

I believe this also means that in the future if you are an on-premise OAS customer with the Enterprise Edition, then DV will be included in the price.

At the time of writing this, I’m not sure of the minimum number of users for the Professional Edition, however, given the price point, it looks like Oracle are targeting Power BI, Tableau etc., so I would expect a low number.

The Future of BI Apps

BI Apps has risen from the flames, and I believe there are now a couple of options:

One clear objective is more interaction and integration with customers, and to this end Oracle is increasing the number of people in support, there is more online content available, such as their Udemy channel and they are also creating something called the Idea Lab for the analytics community, where users can make suggestions and interact with the Product Managers.

I felt throughout the event that Oracle are aware of their shortcomings in the past and are committed to listening to customers, giving them a better experience and putting them more at the centre of their world.

The product line and pricing changes act as proof that they are committed to acting on this; it’s not just lip service. Through the pricing of the Professional Edition, I think you can also see Oracle going for the departmental or shadow IT world of data exploration and visualisation.

One customer commented at the end of the event that no one tried to sell him anything, that, if anything, is a good indicator for change.

If you missed it, yesterday I wrote a guest blog post for Confluent! The blog post mixes two of…

June is time for one of my favourite conferences: Kscope! This year the location is Seattle and the Agenda…