It's been on the Oracle Tech Price list for a while now, but Oracle Exalytics In-Memory Machine X3-4 was officially launched this week, with headline new features of 2TB of RAM (up from 1TB in the earlier, X2-4 version), and 2.4TB of SSD flash disk. This new version has a higher price due to the additional RAM and SSD (Ed Roske gives a good explanation for the price increase, and your options if you bought the earlier version), so the old version is still available for purchase at the original price but most customers will no doubt go for the new, uprated version, because overall the cost of Exalytics hardware is only a small proportion of the overall hardware+software cost. So what's in this new version, has the Exalytics software changed, and what's the point of the SSD disk if it's "in-memory"? 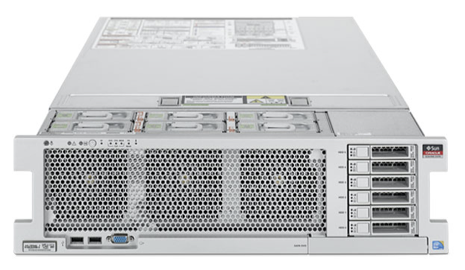 As you're probably aware from earlier posts on Exalytics, the Exalytics software is just regular OBIEE, Essbase and TimesTen, but with optimisations for running on this in-memory platform. As such, it's the new Patchset 3 for Exalytics 1.0 that gives you any new features, and this patchset also applies to people like us with the earlier release. So Exalytics Release 1 Patchset 3 primarily gives us OBIEE 11.1.1.7 (which is big news in itself), new drivers for SSD disks, and a bunch of new Exalytics admin and configuration utilities as detailed in this update to the product docs. OBIEE 11.1.1.7 is a major new release of the product and gives us an updated look and feel, new visualisations, SmartView and so on, and also an integrated install of Essbase though you'll need to do a fresh OBIEE install to get this. Within the new scripts there's also some interesting new "capacity on demand" features that allows the admin to turn-off, or turn-on, capacity within the server, but this is aimed at Oracle's IaaS (Infrastructure as a Service) offering an not something you or I would do. Of course you can license and provision smaller segments of the Exalytics server through OVM, Enterprise Manager and sub-capacity licensing, but this looks like something that could be tweaked on a month-by-month basis as demand for capacity rises and falls.

From a hardware perspective though, it's the 2TB of RAM and the SSD disks that are the most exciting new features. With the RAM upgrade, this means you can typically take TimesTen database sizes up to and in excess of 1TB, given that you'll need to allocate a similar amount of RAM for temp space, but it's the SSD disks that are most interesting. Something we're finding from customer engagements on Exalytics is that Essbase ASO storage, rather than TimesTen, is becoming the predominant way we're storing detail-level sparse datasets when they get beyond a certain size, and having SSD disks available to store the ASO databases means their data retrieval times drops more or less to zero. This is particularly important when you consider that, even if you could somehow store all of the ASO database in-memory (using a RAM disk, for example), there's actually more bandwidth between the SSD disks and the CPU than between RAM and CPU, so the more SSD the better even when there's RAM to spare. More on this phenomenon at a later date, but as Ed Roske pointed out a while ago, this is a major plus point for Essbase users on Exalytics.