Oracle released a new developer VM for download on OTN yesterday called “bigdatalite” - if you’re interested in big data, Hadoop and some of the SQL-on-Hadoop technologies I’ve been looking at recently on the blog, this is something you’ll want to download as soon as possible and play around with. I’ve had access to an earlier version of this VM back from 2012 because of some development work I did with ODI these technologies, but up until now there’s not been a publicly downloadable version I could point people to. Now there is, so I just wanted to walk through what in it, and how you can start to play around with some of the features.

Once you’ve downloaded the various archive files and imported the VM into Virtualbox, log in as oracle/welcome1 and you’ll see a (strangely militaristic-looking) desktop and some links to start an Oracle database, open a browser and so on: 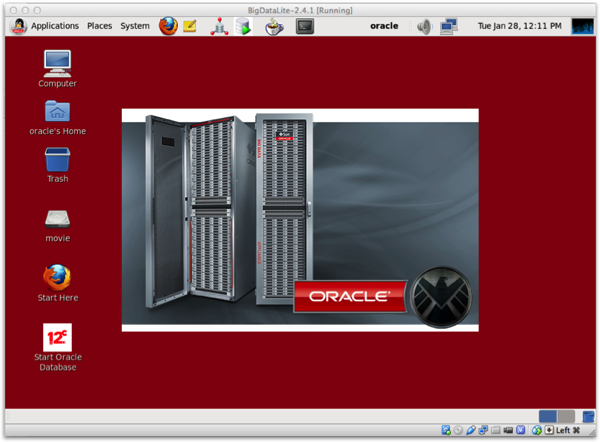 Give the various services a few seconds to start up, and then click on the “Start Here” link on the desktop to open your browser.

The getting started page lists out the various products that are installed on the VM, which you can group as:

So a great place to start playing around with Hadoop in-general, a way to get some experience with Impala and Hive if you’re an OBIEE developer, and also a great way to try out the integration pieces between the Oracle Database and Hadoop including ODI’s capabilities in this area. 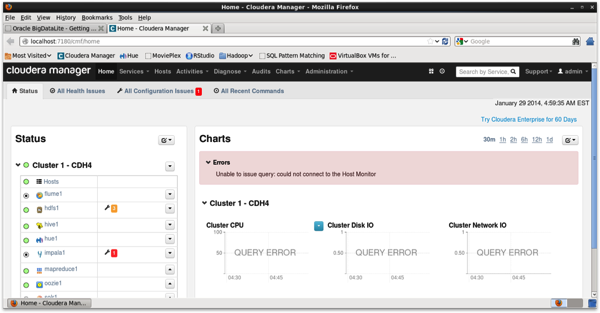 Hue is the other main web interface you’ll want to look at, and this is more of a developer-focused web app that allows you to create and view HDFS files, create Hive tables and then query them using Hive and Impala. 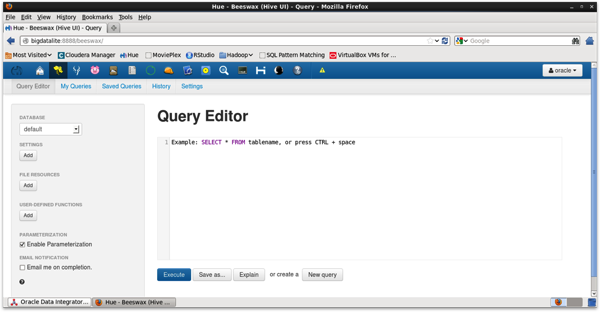 I covered Hue and the process of uploading files to create Hive tables in the two blog posts below the other week, and once you’ve done that you can query them from tools such as OBIEE using the 11.1.1.7 release’s Hive connectivity:

If you’re more from the database side, there’s some tutorials available on the big data connectors and so forth - there doesn’t appear to be any separate tutorials for ODI though so you’ll need to “reverse-engineer” the two examples in ODI Studio to work through how they’ve been created. I’ll try and do this soon and post it on the blog, if anyone’s interested. 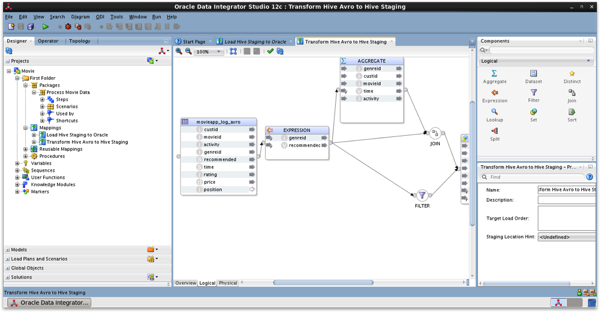 Anyway, the VM is downloadable now with supporting materials available on OTN here. I’ve added some links below to earlier posts on our blog that might be of interest to you if you’re looking to try OBIEE and ODI with this platform:

In the first article of this series I explored what regression testing is, why it matters, and by breaking…